With the recent announcement of G+ shutting down in 10 months, the OSR community has been scrambling to find a new home. Until we manage to find a place to settle in as a more permanent solution, you can find me from…

Anyway, Zak made this thing to fill out and spread the love with, so might as well fill it out. I’ll probably fail miserably in being brief with my answers, and will end up with several candidates for some categories because I can’t pick favourites that stand out above the others. But here goes, have a mountain of rambly words:

1. One article or blog entry that exemplifies the best of the Old School Renaissance for me

Logan Knight‘s blog has two that stand out and I can’t choose between, so you’ll get both:

The Magic Rules (see here, also related: magic research, magical writing, wizard skulls, clerics in the same style) are what made me drop Vancian casting and I haven’t looked back since.

In Cörpathium has a beautifully elegant system from creating and fleshing out an urban setting that manages to be both unique, and still thematically consistent between its iterations. All with a single die drop and some well-crafted tables.

2. My favorite piece of OSR wisdom/advice/snark 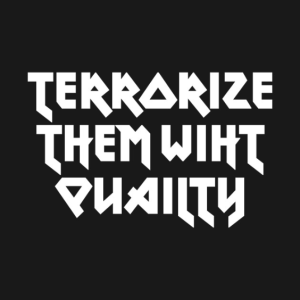 by Jez Gordon. Get it on a shirt, also available in properly spelled.

Depends on what you’re judging it by.

The Sleeping Place of the Feathered Swine is great for one-shots and dropping into a campaign for that one session you didn’t have time to prepare for — it’s amazingly easy to run (you can practically just pick the book up and do it blind and it still works). And I just really like the style / general vibe of everything in it.

Other books I considered here that I just have to recommend for other merits are Vornheim, Veins of the Earth, and Yoon-Suin, but I’m trying to keep it short here, so you only get a list of names.

4. My favorite house rule (by someone else)

Out of those that I didn’t mention already:

Honourable mention goes to what Emmy Allen did with the Flesh & Grit damage rules (see Last Gasp original here) in Wolf-packs and Winter Snow (get it here, or as a hardcopy here). In the same vein, any sort of Death and Dismemberment rules please me, there are heaps of good ones floating around and all of them make combat and its aftermath far more interesting and unpredictable.

5. How I found out about the OSR

Can’t really pinpoint an exact moment or reason, it’s kind of a blur looking back. Digging around my emails, G+ post history, and DrivethruRPG receipts shows that apparently I got really into this shit around mid-to late 2016.

I suppose I cut my teeth in a face-to-face Lamentations of the Flame Princess game sometime in mid-2014, and had sort of a break from D&D altogether until I jumped into another, then-already-ongoing LotFP campaign in the spring of 2016 — I think I came upon some random posts in someone’s blog (probably James, Zak, Arnold, or Jeff) searching goodies for that game that made me fall down the rabbit hole.

No particular faves here, but all these are pretty neat and worth mentioning:

7. Best place to talk to other OSR gamers

G+ was that, and technically still is, for the time being — but seeing as it’s undergoing a slow death, it’s probably better to join the tide of refugees and look into the other options being explored. Scroll up top where I listed the places to reach me for leads.

That being said, if you can handle the frantic pace of Discord, McDowall’s OSR server has served me well since the start of 2017 (repeating the join link from above, in case you haven’t hopped in already for whatever reason). It’s kinda rubbish for any long-term content sharing, but great for casual discussion and advice.

8. Other places I might be found hanging out talking games

Using a deck of cards is the best way of doing character-specific initiative.

Where does the OSR end, really? I’d say Traveller — but that might be a bit too close to the mark, being both from the 70’s and having (or at least of the tendency to have) the same style of play.

For the candidates with a clearer distinction: I have a soft spot for Cyberpunk 2020, but it’s a game that has a lot of bad fat in its mechanics and my ‘shades for it might be a tad rosy.

This is a tough one to articulate. The community and low bar for participation is definitely a factor, as is how despite the huge variety in content, everything is still somehow roughly compatible and grokkable to anyone with any background in TTRPGs.

12. Two other cool OSR things you should know about that I haven’t named yet

I already have heaps of links to good stuff both above and below this point and I’m running way over quota.

13. If I could read but one other RPG blog but my own it would be

Last Gasp Grimoire would take this with no contest if only the the update schedule wasn’t such a tiny trickle — it’s a trickle of pure gold though, and Logan’s content has maybe had the biggest influence in how I have hacked my home game. At least it’s the thing that shows the most. But taking that update schedule into consideration, I’d probably have to pick between Goblin Punch and Jeff’s Gameblog.

14. A game thing I made that I like quite a lot is

I haven’t gotten a lot of genuinely original stuff done, so…

…I whipped up the layout for Pekka’s Beseeching Parliament and people seemed to like this thing I made for Jeff? To be fair, most of what I’ve accomplished in games so far is just behind-the-scenes brainstorming/sparring/advice that goes into works released by someone else. Gotta work on that.

Sporadically running open-table games for the members of the local uni gaming society, with my abomination of a ruleset barely recognizable as having the bones of LotFP or B/X after layers of house rules both pilfered and homebrewn. Mostly self-contained one-shots with a barely-there continuity to allow for persistent characters, so I guess you could call it meatspace FLAILSNAILS?

As a player and speaking of, FLAILSNAILS games whenever I have the spare time (and can actually fit them into my schedule, timezones are tricky) for online stuff. For local, meatspace face-to-face campaigns, I’ve got a DIY-Traveller thing going right now, and just recently wrapped up a Cyberpunk 2020 one.

For stuff that isn’t strictly RPGs but still tabletop; I also host a Kingdom Death campaign.

16. I don’t care whether you use ascending or descending AC because

What Jeff said — it’s really not that hard to work around.

17. The OSRest picture I could post on short notice 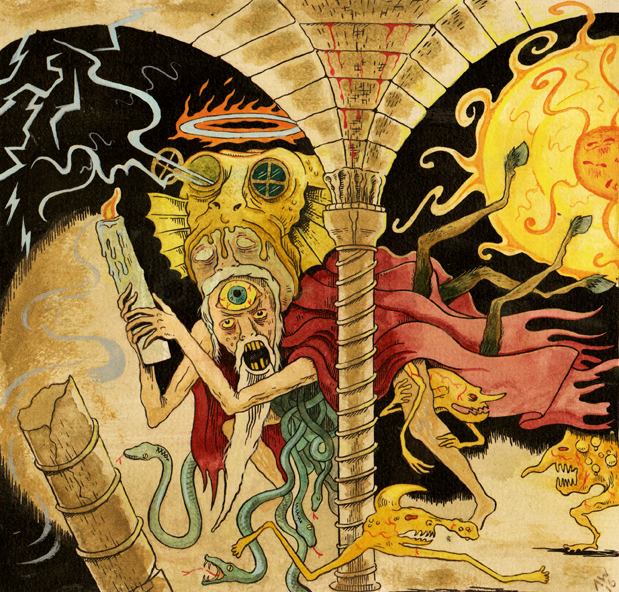 All of Andrew Walter‘s colour work is pretty great, really.

This site uses Akismet to reduce spam. Learn how your comment data is processed.

Debauched Flaneur
Gaming All Over The Place

Knights in the North

In The Land of Twilight, Under The Moon

Save vs Translation Error

Save vs. Total Party Kill